Museum of Contemporary Art is an art museum in Belgrade, Serbia that collects and displays art works produced since 1900 in Serbia and the former Yugoslavia.

The museum also organizes international exhibitions of modern and contemporary art. It was founded in 1958 as the Modern Gallery. It was moved into the current building in the Ušće neighborhood of New Belgrade in 1965.

The building is a masterpiece of architects Ivan Antić and Ivanka Raspopović. The collection contains more than 35,000 works of art. The museum was closed for renovation between 2007 and 2017.

After several deadlines were pushed back, the museum was finally reopened for visitors on October 20, 2017 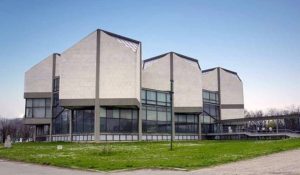 Since its founding, the museum’s collection has grown to over 400,000 objects, including many foreign masterpieces.The National Museum of Serbia building was declared a Monument of Culture of Great Importance in 1979 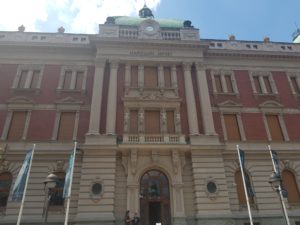 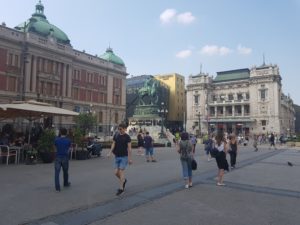 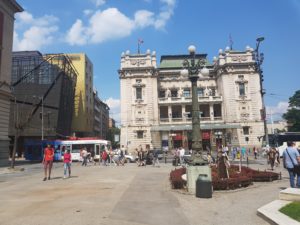 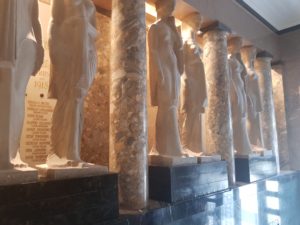 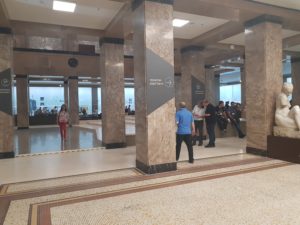 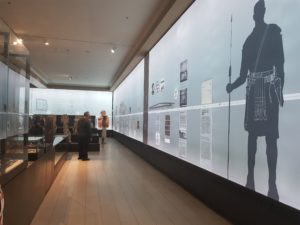 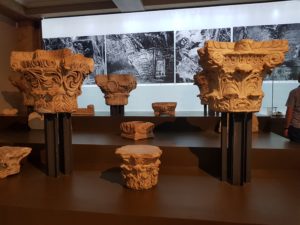 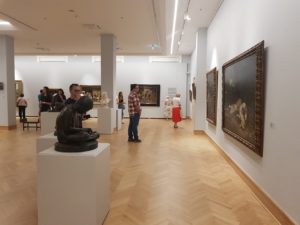 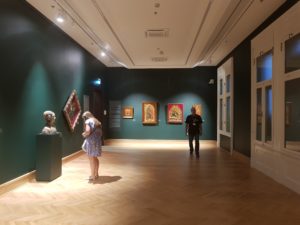 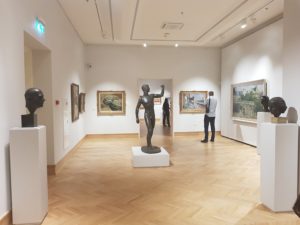 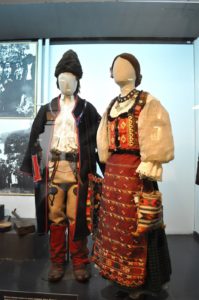 The erection of the Residence began in March 1831, soon after Serbia was granted the status of autonomous hereditary principality (1830).

The architect was the outstanding constructor Haji Nikola Živković, a mason from the Southern Balkans (nowadays Macedonia) who, as Prince Miloš’s chief architect, was involved in all major state projects.

The builders were Janja Mihailović and Nikola Djordjević, who, with their employees, for a long time enjoyed the Prince’s confidence.

In its construction, plan and style, the Residence belongs to the typical Ottoman architecture of the time and represents one of the last architectural and artistic traces of Ottoman culture in Serbia.

The implementation of the cultural forms of the Ottoman ruling elite, as well as the accelerating adoption of European culture which accompanied the struggle for national independence, are both visible in this residence.

The neoclassical elements on its façade and the typical Ottoman interior decoration show the combination of these two different cultures, life styles and traditions. The preserved written sources testify that the residence was organized with such a combination in mind when it came to the interior decoration. That means that alongside all the walls in all the rooms there were low benches covered with heavy fabrics and pillows, while the floors were covered by carpets. The rooms were lighted up with chandeliers and lamps, and decorated with clocks, mirrors and paintings, all purchased in Vienna and Budapest. It is interesting that the first art collection in the Principality of Serbia (which has not been preserved) was housed in the Topčider Residence.

As in all wealthy Ottoman residences, the main entrance is oriented towards the garden, i.e. the present-day park. It is not easy to reconstruct the exact layout of the Residence, but it is certain that it had to serve many different purposes, housing both the Prince’s private quarters and his offices for state affairs.

Unfortunately, Prince Miloš’s furniture, paintings and personal belongings from the residence in Topčider have not been preserved.

With the arrival of the Karadjordjević dynasty in 1903, all the objects from Prince Miloš’s private apartments were moved to the National Museum, where the major part were destroyed during the Austro-Hungarian bombing in World War One. 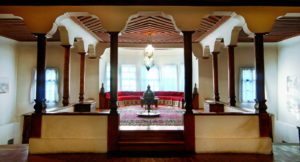